Cilento, where you can hear the songs of the mermaids. 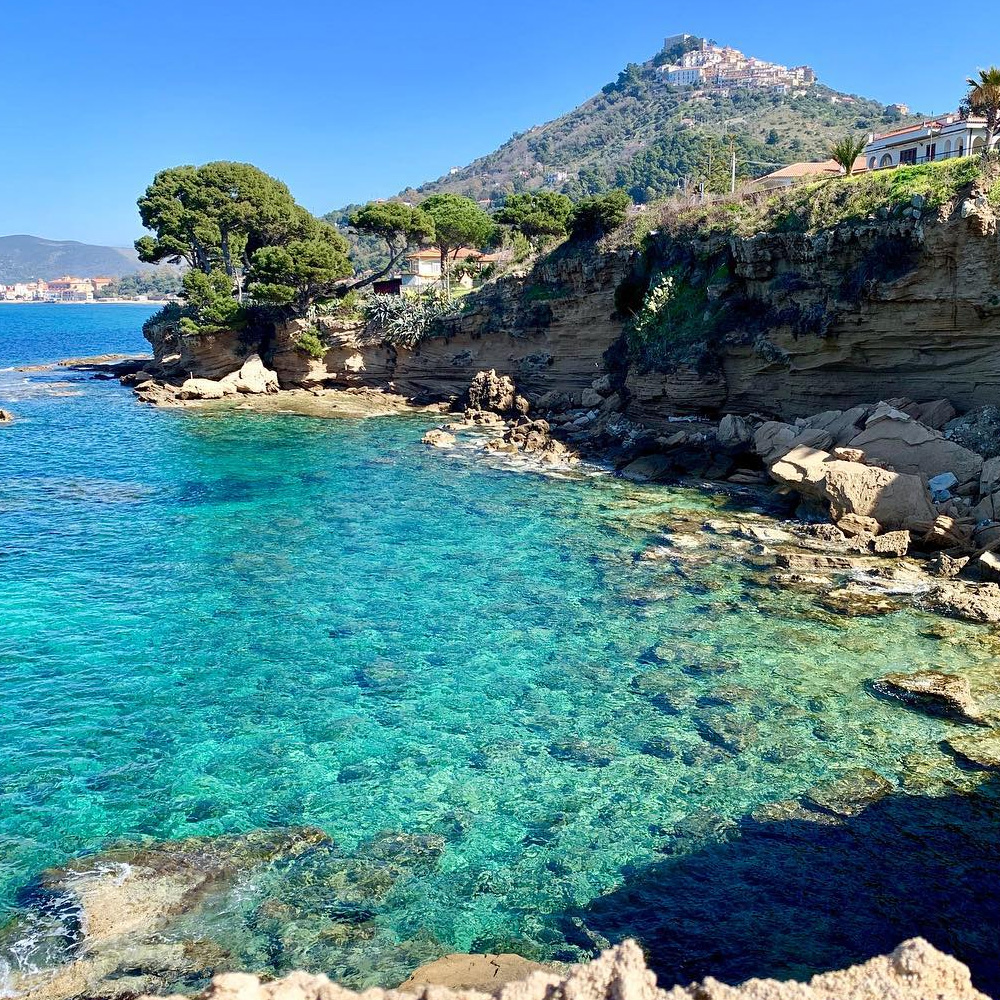 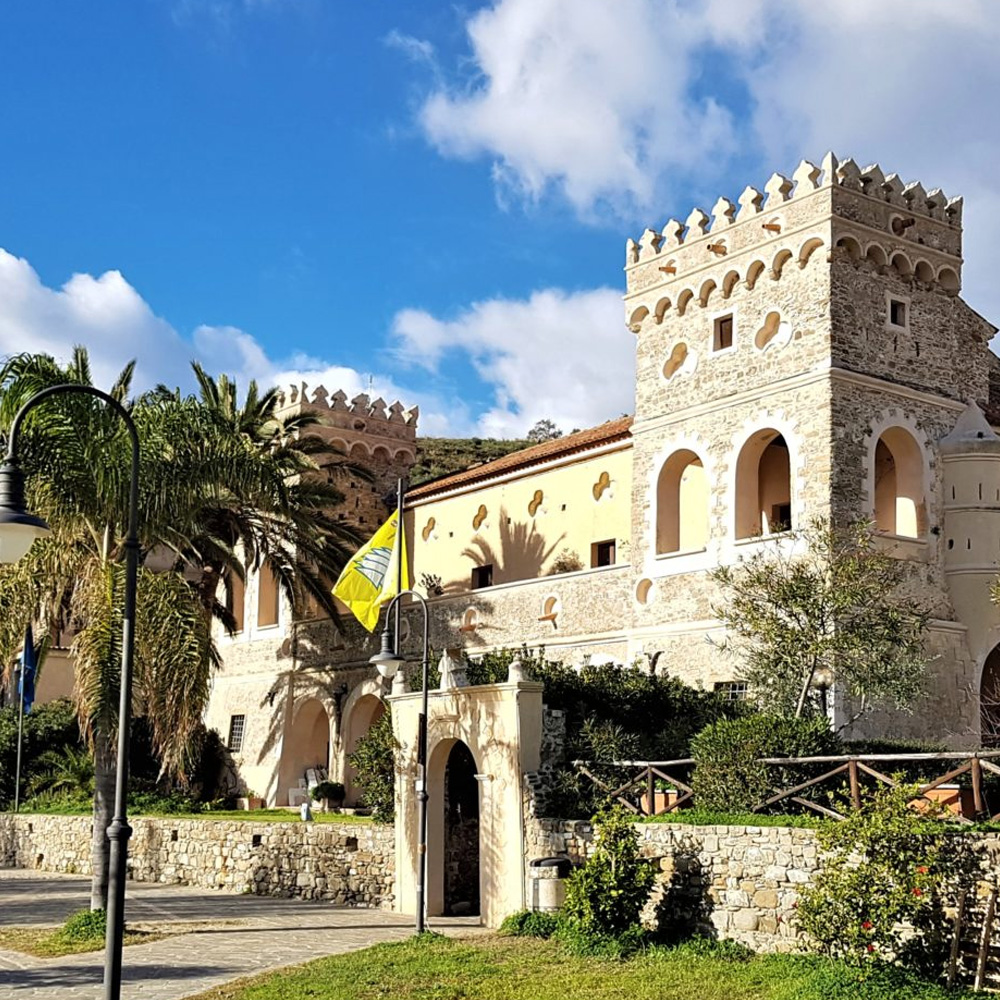 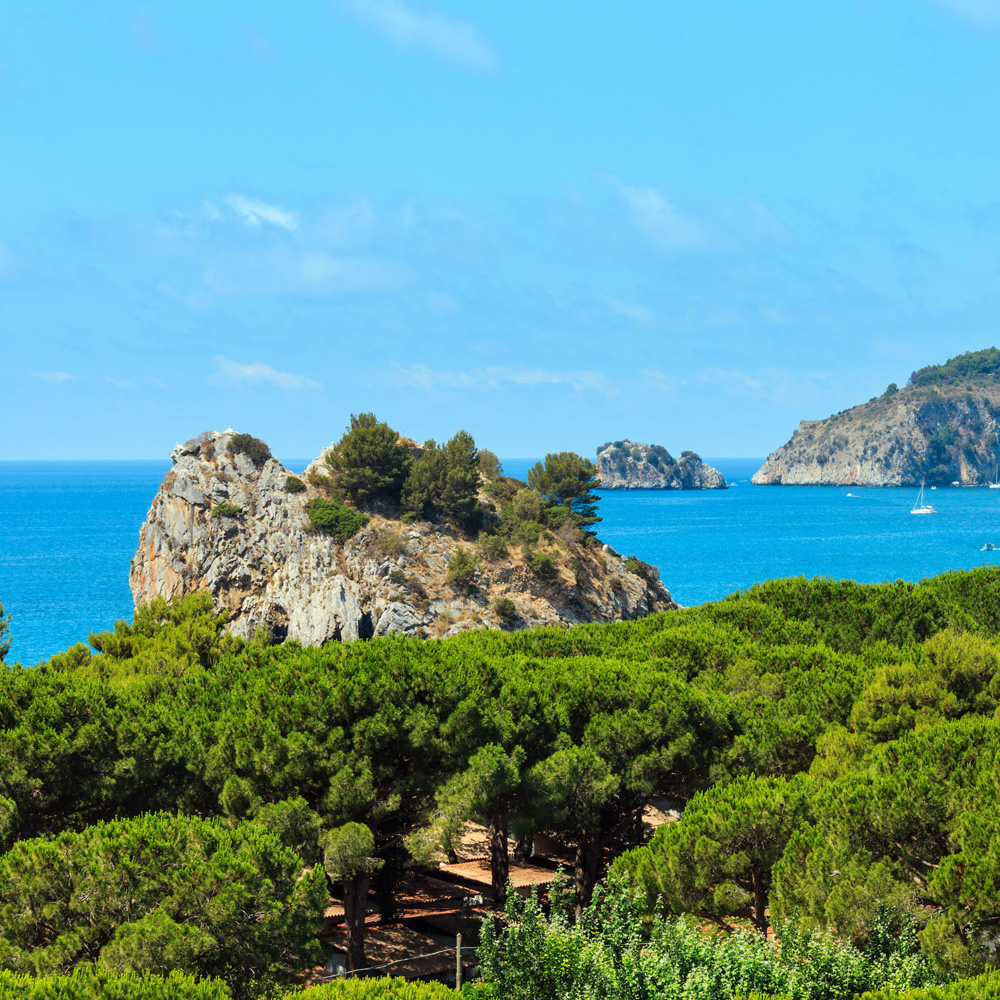 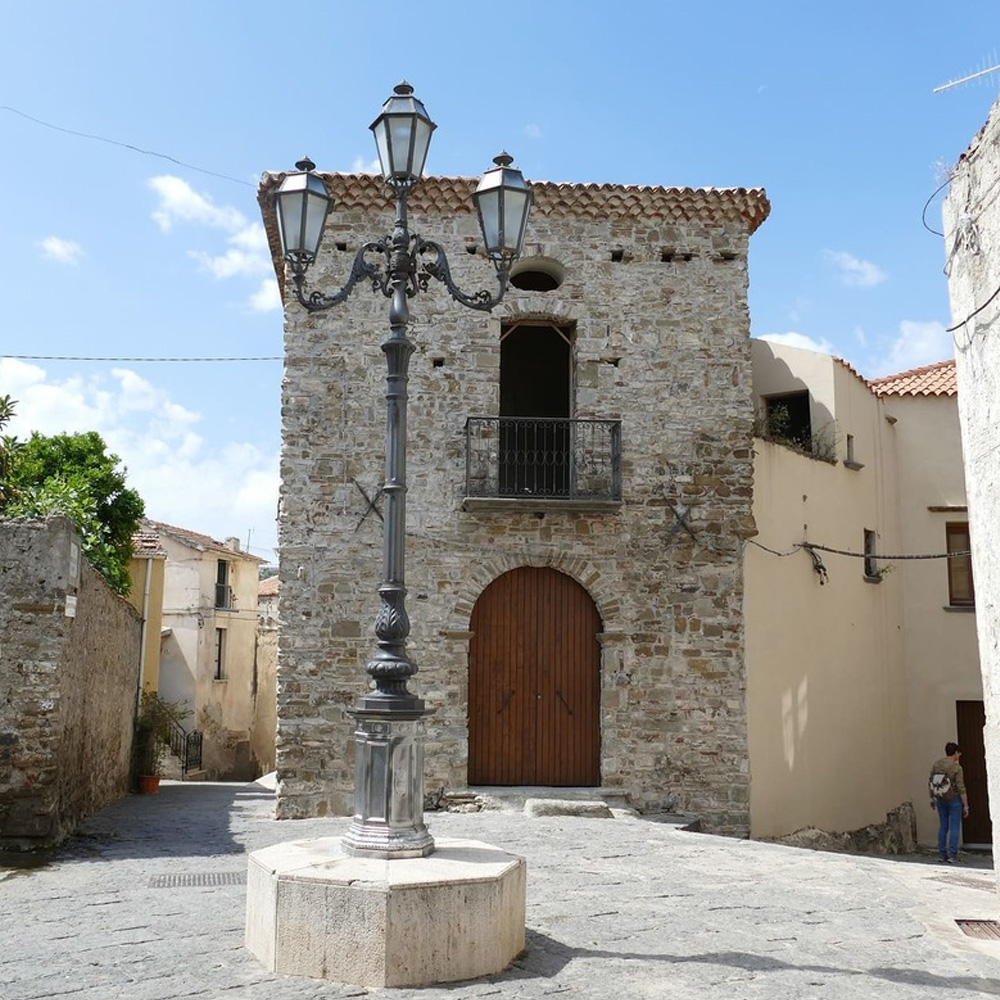 The Cilento is the stretch of coastline in Campania between the Gulf of Salerno and the Gulf of Policastro.

Ancient land, the Cilento region is a real treasure chest, divided between beautiful ancient small towns and a coastline that alternates beaches of fine sand, cliffs, headlands and caves carved into the rock.

For its beautiful nature, in 1991 the Cilento was declared a protected natural oasis (National Park of Cilento and Vallo di Diano), included in the Unesco World Heritage.

It is also the place that gave birth to the Mediterranean diet. 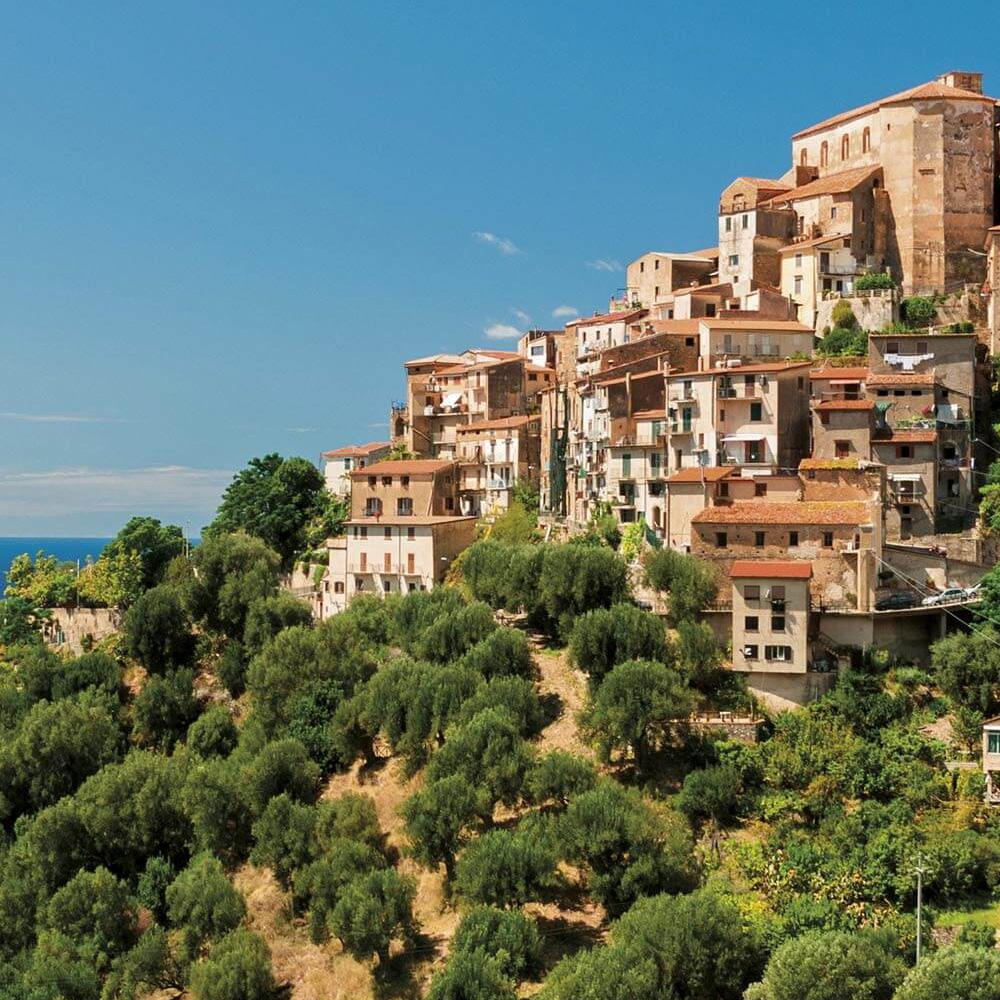 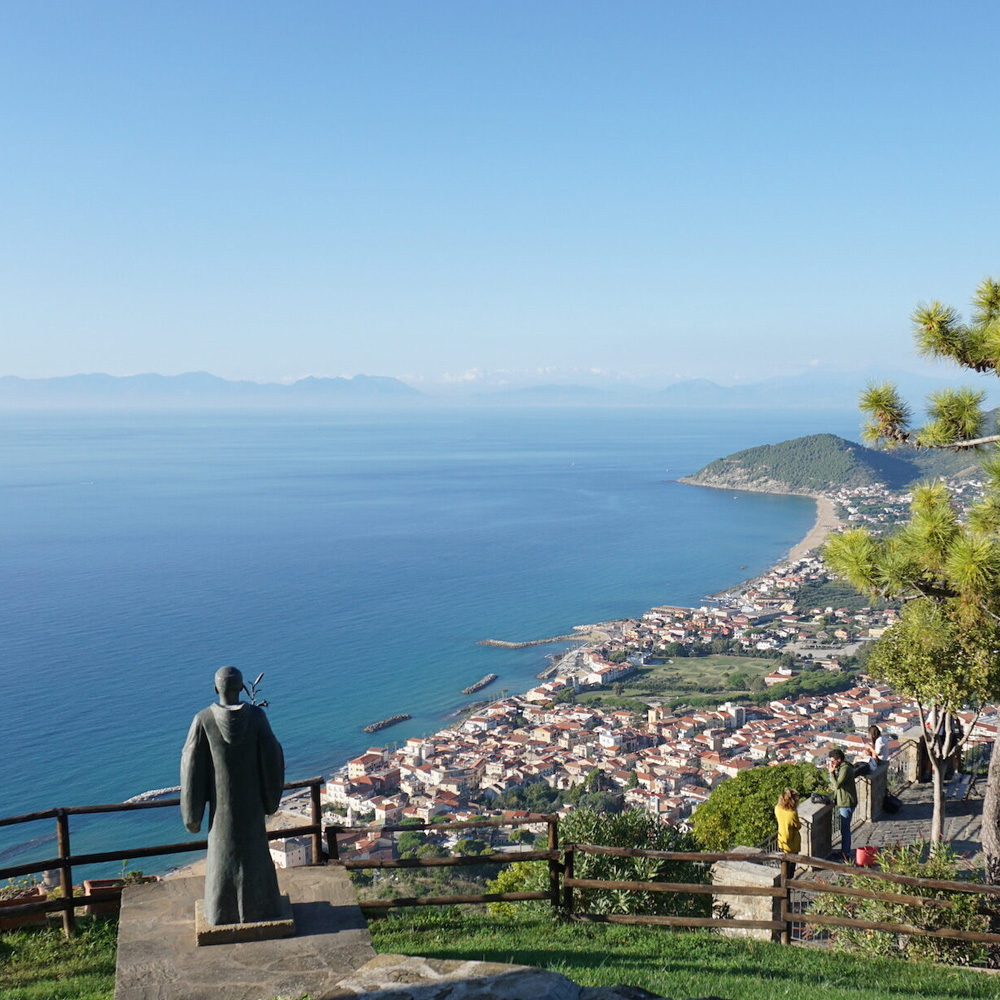 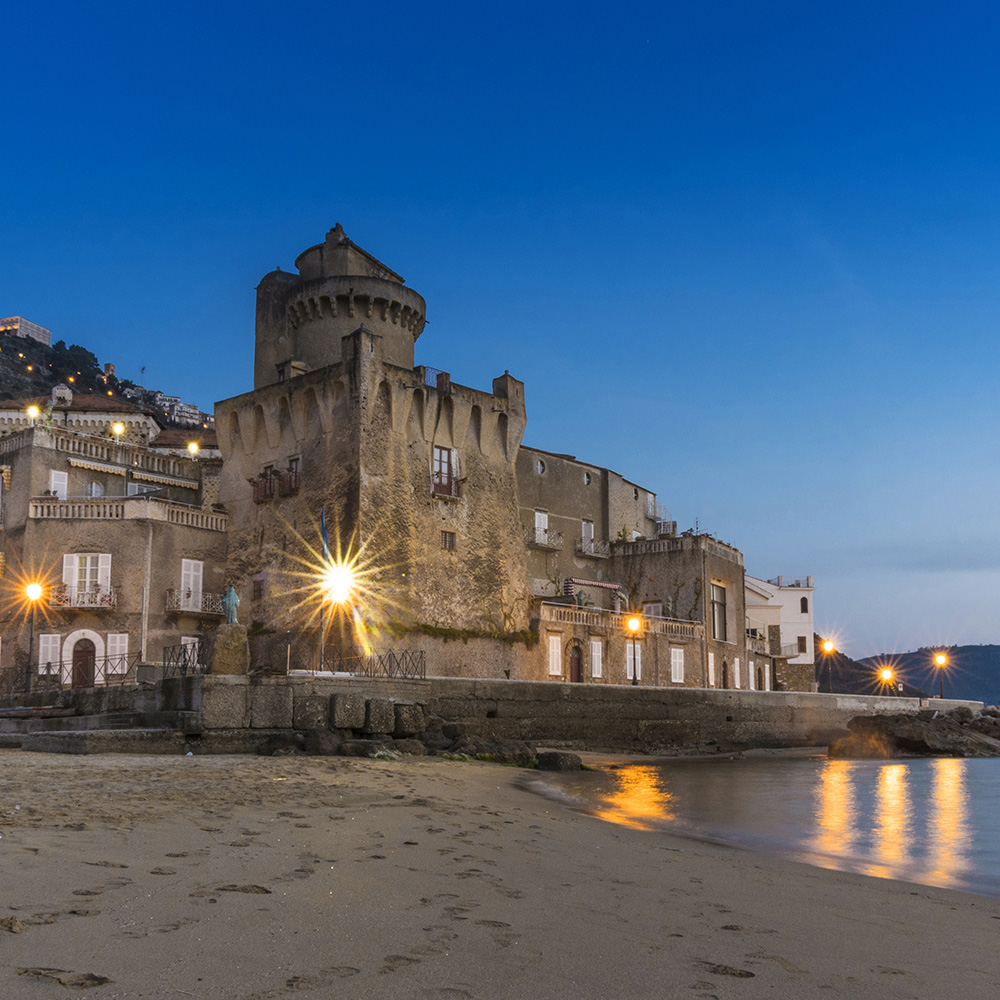 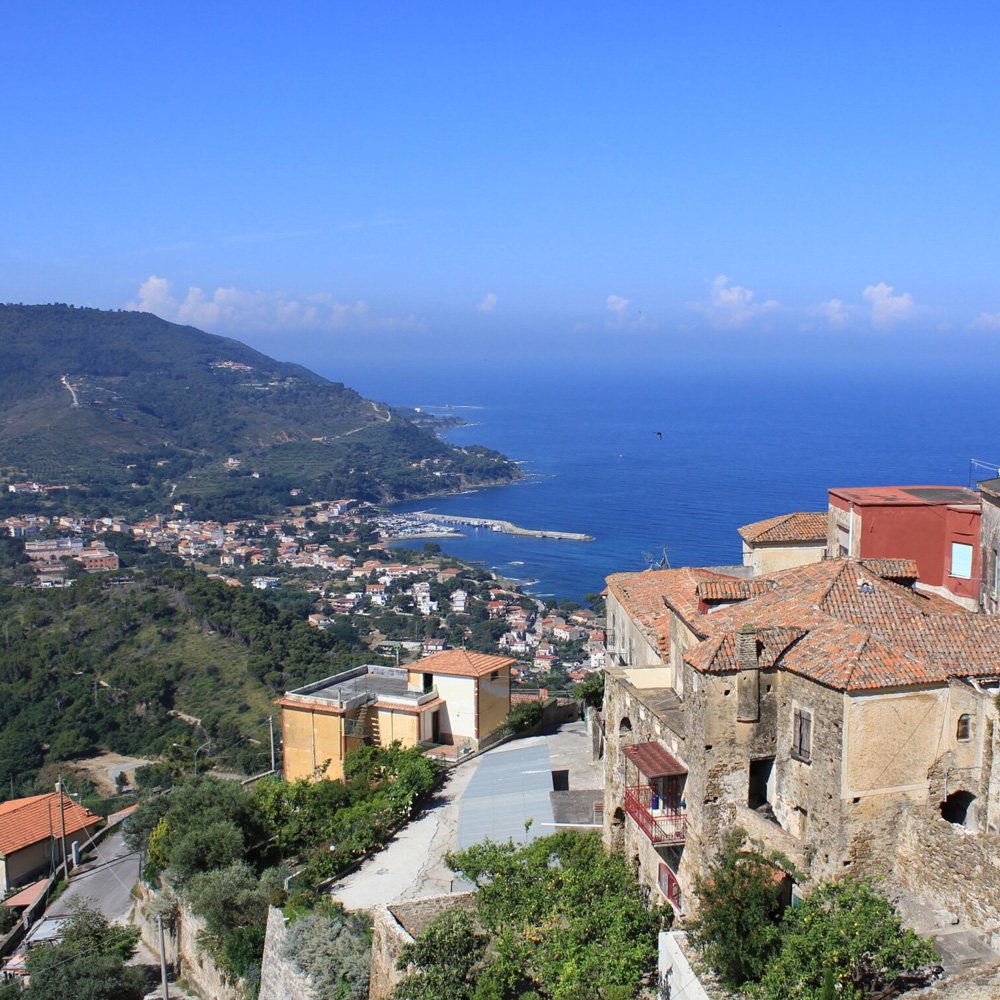 Castellabate is a small pearl of the Cilento region located in the province of Salerno, in the heart of the National Park.

It is an ancient village of medieval origins that is not only included in the classification of the "most beautiful ancient villages in Italy", but was also elected a UNESCO World Heritage Site. The village, located about 300 meters above sea level, is characterized by narrow cobblestoned streets, ancient buildings that enclose elegant courtyards and terraces that can offer breathtaking views.

The beauty of the coast and the clearness of the water have allowed the territory of Castellabate, which overlooks the sea with the populous center of Santa Maria and the smaller one of San Marco, to obtain the Blue Flag, the Four Sails award and the awards of Legambiente.

At the foot of the medieval village, the gulf between Punta Licosa and Punta Tresino is one of the most beautiful stretches of the coast. In particular, the bay of Ogliastro Marina and the island of Licosa are among the best-preserved areas of coastal Cilento and are a cornerstone of Italian environmental history. 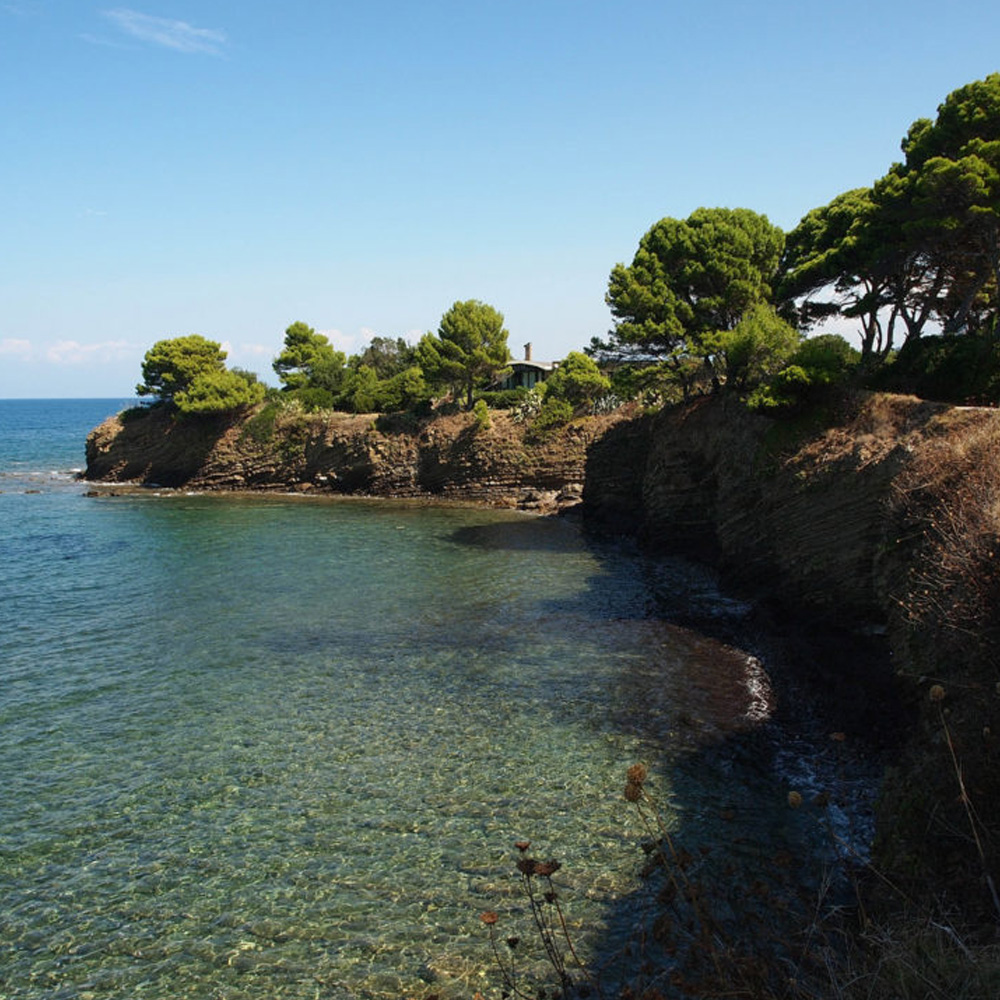 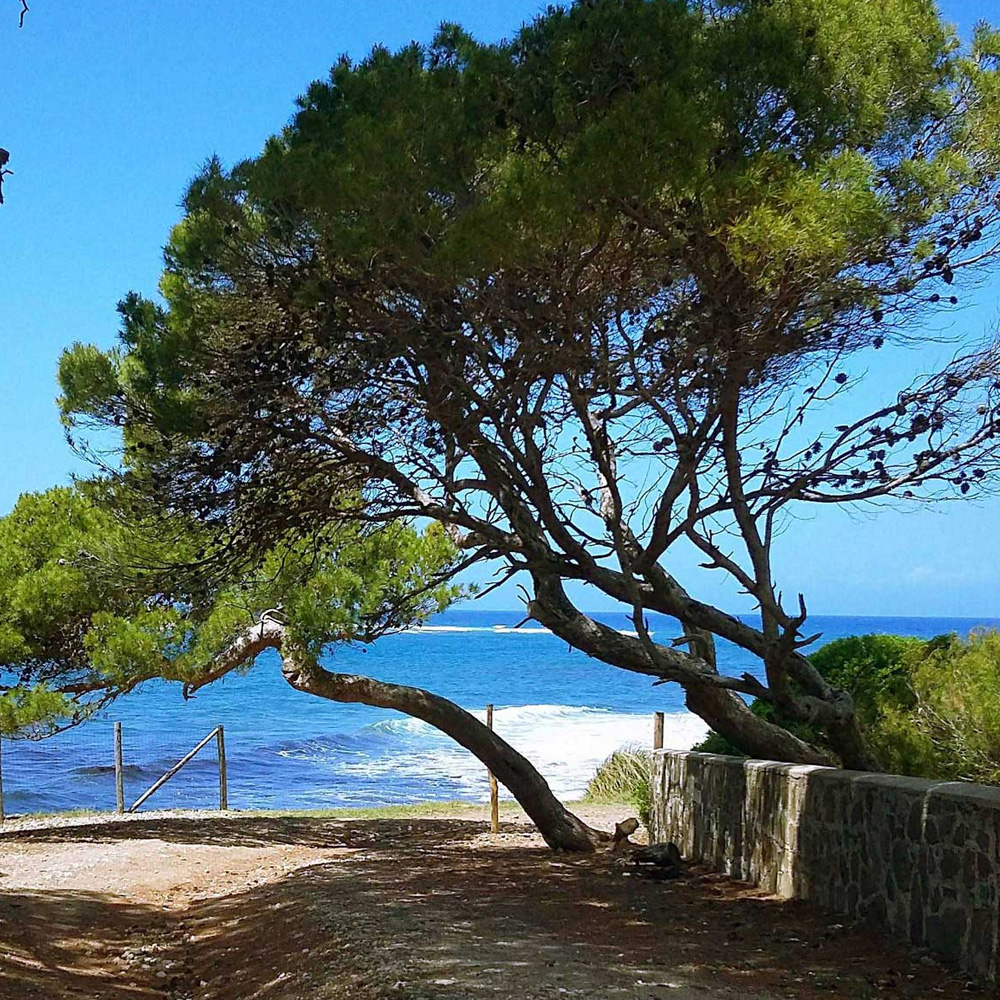 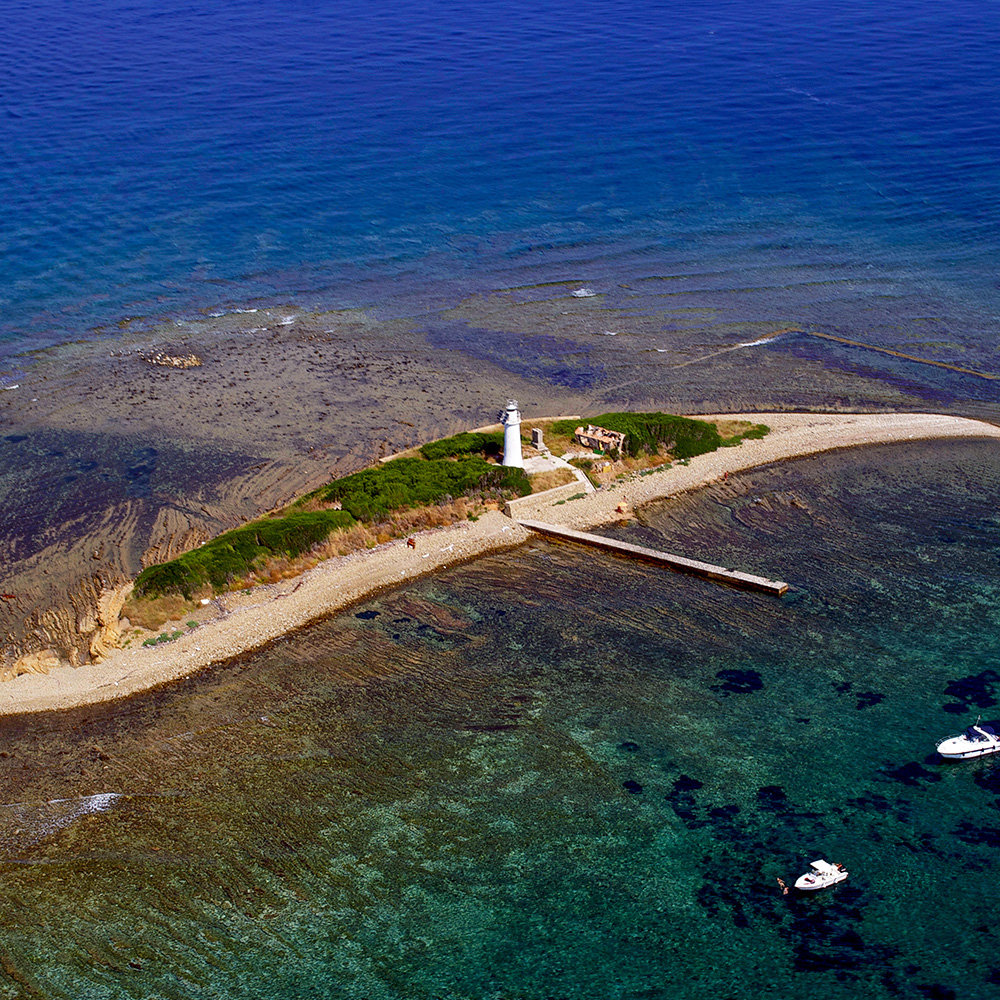 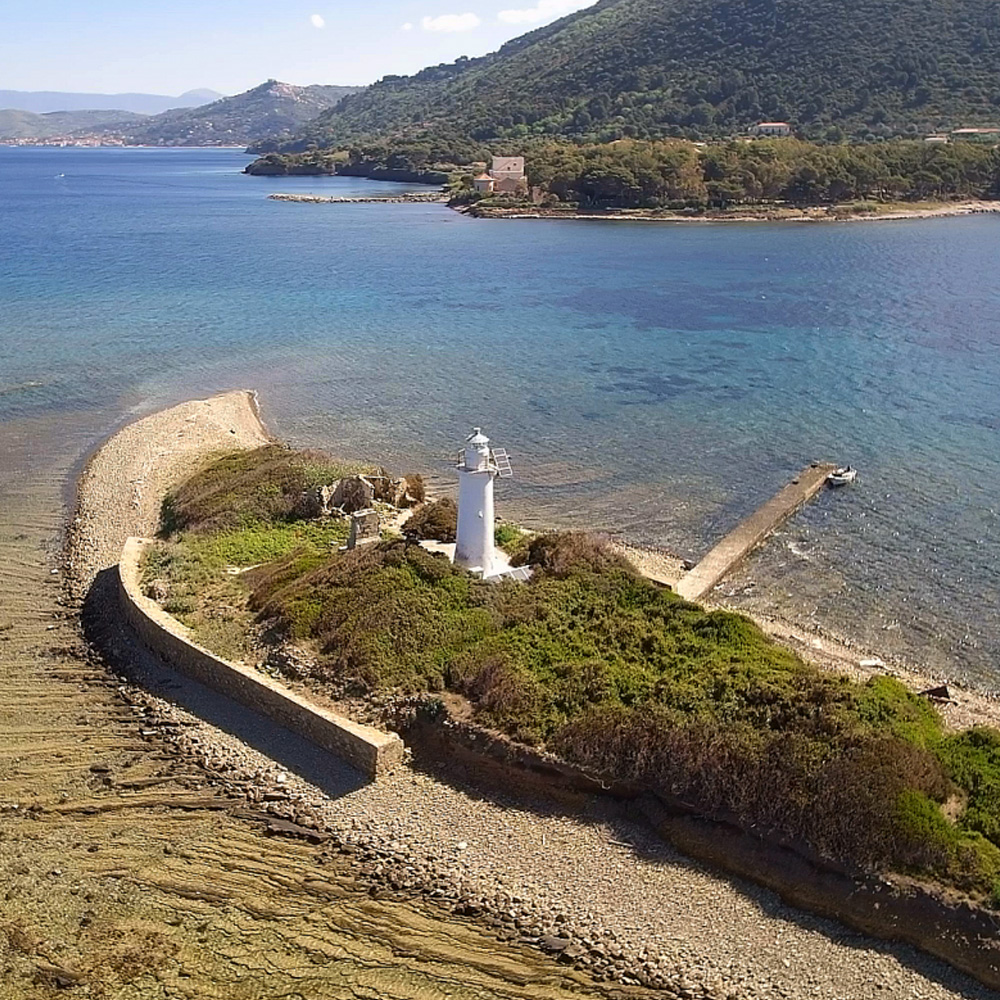 "Punta Licosa: land of the mermaids among myths, legends and breathtaking views".

Punta Licosa is one of the most beautiful seaside resorts in the world. It can be accessed only by foot, through a long avenue of carob trees, pines and Mediterranean shrubs. Leucosia encloses, in three kilometers of coastline, stories capable of bewitching any dreamer.

The protected area, falling in the municipality of Castellabate, has a small island in front of it that seems to have inspired the poet Homer. In fact, it is said that Ulysses had himself tied to a tree in order to listen to the song of the mermaids, on the very island of Licosa. It is an extraordinary place with a scent of history, myths and legends.

Punta Licosa is located about 5 kilometers from our hotel and can be reached through a pleasant pedestrian path that runs along the sea.

How To Reach Us

Hotel Hermitage is located in San Marco di Castellabate, seaside resort in the municipality of Castellabate, in the heart of the National Park of Cilento.

It is possible to reach us by plane, car, train and hydrofoil/ferry.

Our concierge will be happy to assist you in organizing your private transfer.

The nearest airport is Naples Capodichino, which is 126 km from our hotel. From there it is possible to reach Naples Central Train Station and take the train to Agropoli-Castellabate.

The nearest station is Agropoli-Castellabate, reachable by Frecciarossa, Intercity and regional trains.

From the train station you can reach our hotel by bus (line 34 of the company Bus Italy) or by cab.

From the NORTH: from the A1 Milano-Napoli freeway continue towards the A3 "Salerno-Reggio Calabria" freeway and exit at Battipaglia. Then continue driving along the Strada Statale 18, until the exit Agropoli sud. Continue along State Road 267 towards San Marco di Castellabate.

From the SOUTH: drive along the A3 Salerno-Reggio Calabria freeway until you reach the Eboli exit. Then drive along the Strada Statale 18, until the exit Agropoli sud. Continue along State Road 267 towards San Marco di Castellabate.

Distance from Main Points of Interest

Search for our location

Reset the map to show our location.

Search for a route

Fill in the starting location to get a route towards our Villa.

Can't show the route due to an error.

We use cookies to ensure that we give you the best experience on our website. If you continue to use this site we will assume that you are happy with it.CloseInfo